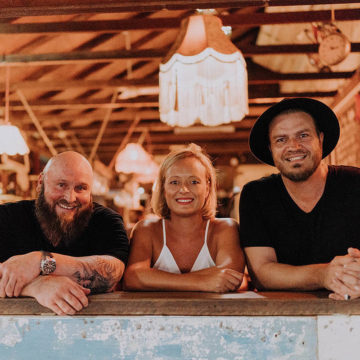 A three piece alternative folk outfit that’ll punch you right in the gut. Tightly arranged odd time signatures dissolve into soaring choruses which unapologetically push the boundaries of the genre, whilst maintaining a soulful beckoning of the dark and the beautiful. Like crying whilst dancing.

August River Band hitting the studio again in July 2019 with a single release following in August. They are aiming to set fire to festival stages around Australia and the world for a long time to come.