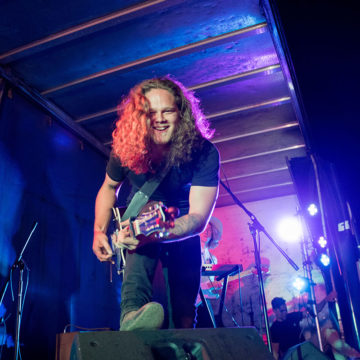 A country boy hailing from North-West NSW, Benny Nelson knew from a young age that his small-town roots wouldnâ€™t tame his big aspirations and at just 16 years of age, Benny moved to Sydney to pursue his career as a musician. In Sydney, he attended a Creative And Performing Arts High School.

After recording and releasing an EP in early 2017 Benny went on the road for 3 months with his 3-piece band to tour of the East Coast of Australia. The band played 27 shows in over 20 regional towns and cities from Cairns to Melbourne.

Touring original music has inspired Benny to write raw and honest lyrics influenced by his life experiences and make music inspired by the bands and artists who made an impact on his life from a young age to the present.

Benny is now writing new music and focusing on recording his debut album.

TALK is a new direction and just a taste of what his debut album will offer.