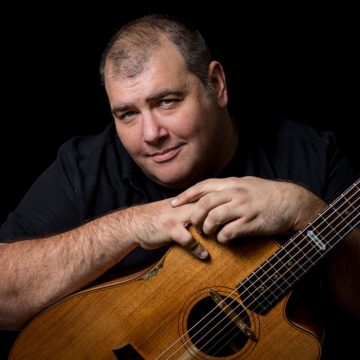 Celebrating his 30th year on tour in 2019, he can’t recall a time before playing guitar. Picking up the instrument at age 4, Lloyd played his first professional show at age 10 and was touring the east coast of Australia at 12.

Lloyd has toured extensively throughout Australia, New Zealand, the United States, Canada, Europe and Japan, where he has performed at major festivals and iconic Juke Joints as well as supporting the likes of Ray Charles, Bob Dylan and Etta James on tour. His contributions to music have earned him myriad accolades, such as 2018 Album of the year Blues and Roots Radio Worldwide awards, Best Artist and Best Album at the Australian Blues Awards and being named as one of Australian Guitar Magazine’s Top 50 Australian guitarists of all time.

Since 2004, Lloyd has been the world-wide demonstrator and premier endorsee for Cole Clark Guitars.

I’m looking forward to my first trip to the Airlie Beach Festival of Music. It’s particularly great to part of an event that celebrates the wide range of genres that go into the melting pot of Australian music.