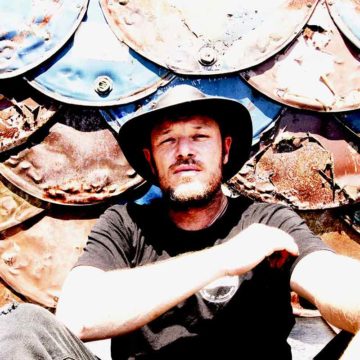 Marshall and The Fro

MARSHALL AND THE FRO

Whether with his classic outfit ‘The Fro’, or in various other guises, Byron Shire local Marshall Okell has become one of the most enduring faces of the blues and roots festival scene in Australia, and for good reason. With an incredible work ethic and commitment to live performance, and with four excellent studio albums in his wake, Marshall has been called upon to get the party started at most bluesy festivals for the past 10 years.

For someone so rooted in the live touring circuit it may come as a surprise that Marshall has waited for album number five to release a live recording. Recorded in iconic Byron Bay venue The Great Northern Hotel to a frothing crowd of devotees, new album ‘Live at The Backroom’ traces Okell’s story from the opening track of his 2007 debut album ‘Marshall & The Fro’, through to brand spanker ‘Taxi’. The ‘Marshall & The Fro' name has been relaunched for this release with Luke ‘Fergo’ Ferguson, Nick Lemits, and Ben Cox supplying world class vibes on this collection of crowd favourites. ‘Live at The Backroom’ is available where all good music is sold, and their launch tour takes in hot spots on the east coast this autumn.