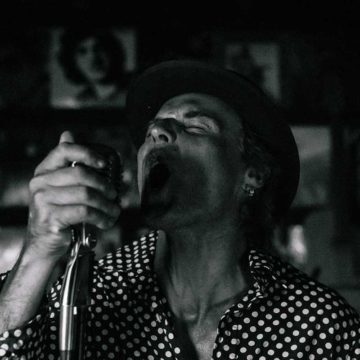 Gavin Doniger has been on the east coast music scene since picking up a guitar and hitting the road back in 1998. Since then he has toured continuously throughout Australia, and the world, collecting more foreign stamps in his passport than many bona fide diplomats.

It is Doniger’s love for the open road that inspires his music, and this is especially true for his main project, Mescalito Blues, which consists of Doniger and any number of talented musicians that Doniger discovers in his travels.

Fast building a reputation for blazing live shows that resonate with audiences from all walks of life, Gavin Doniger and his Mescalito Blues are as comfortable playing intimate shows to blues aficionados as they are a room full of rambunctious backpackers–and it is with this uncanny ability to engage and seduce audiences that Doniger and his companions are famous at home, and abroad.