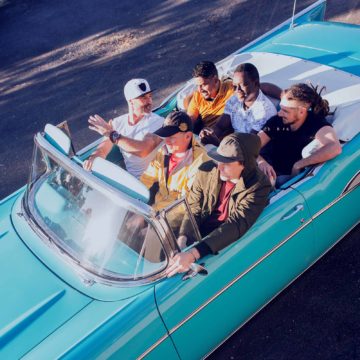 Gold Coast based Indie outfit The Wayward Suns create a unique brand of music that blends elements of Blues, Funk, Roots and Hip Hop. The band burst onto the scene in 2017 with the release of their debut album called ‘Paradigm'. The album was aired on radio stations throughout Australia and received positive coverage from Blank GC, Happy Mag, The Point Music News and many more outlets.

"The Wayward Suns weave together raw, earthy instrumentation with spirited vocal delivery, they create a collage of sounds that'll leave you hanging on every note. With their textured, rhythmic blend of genres." -Happy Mag

The band have since played countless shows and festivals in Australia, lighting up dance floors along the east coast and conjuring a dedicated following in the process. Inspired by the current state of mental health in the world, The Wayward Suns recently entered the studio to record new material. The Wayward Suns have just released their new single called ‘Yeah Nah’.