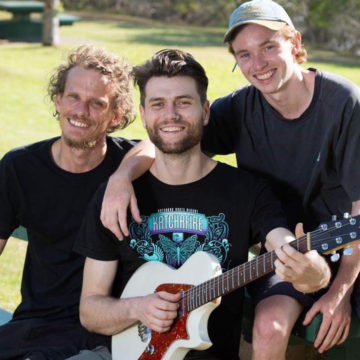 After some time studying in chilly Melbourne, Darwin-born musician, songwriter and producer Ward Hancock teams up with old friends Rowan Dally and Tom Anderson at Passport to Airlie. Brimming with both nostalgia and new flavours, the trio has used their time apart exploring many genres to now reconnect in a musical conversation that includes Reggae, Funk and Rock.

A solo and band career has taken Ward to every State and Territory of Australia, playing at commercial festivals, some unlikely outback pubs and house parties, and to over three million collective Spotify listens.

With excellent responses from musicians and punters alike, the trio of musicians have picked up from where they left off, enjoying the relaxed venues of Darwin and laid-back atmosphere.