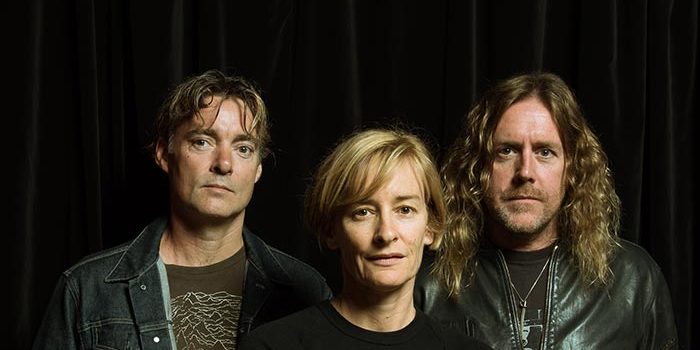 Get ready to scream that “bam-ba-lam” chorus at the top of your lungs when Spiderbait perform their classic rendition of Leadbelly’s Black Betty at the Airlie Beach Festival of Music from November 5-7.

Front-man Kram said having performed at the festival as part of the super group ‘Australian Rock Collective’ (ARC) in 2019, he was looking forward to getting back to the Whitsundays as Spiderbait, and promised fans the performance “will be sick”.

“Shows like this are always special for the band as well as fans – they can have a bit of magic about them (and) the reef location is epic,” he said.

Joining Spiderbait on the 2021 main stage line-up and performing as a duo with their ‘Red Rockin’ Dirt Band’, are Australian icons John Schumann (Redgum) and Shane Howard (Goanna), whose respective songs I was only 19 and Solid Rock, have become enshrined in antipodean music history.

Other headline artists announced today include The Badloves, whose debut album Get on Board spent a massive 69 weeks in the charts, and Ben Lee, author of ARIA-winning hit Catch My Disease.

Festival founder, Gavin Butlin, said these were all firsts for Airlie Beach, and capped off an all-Australian line-up he was proud to bring to the Whitsundays.

“Spiderbait are one of Australia’s best party bands; Shane Howard is one of this country’s best singer-songwriters, and John Schumann is amazing,” he said.

“It’s going to be a pleasure to have them at the Airlie Beach Festival of Music and I know they’ll all bring so much energy to the main tent.”

Country and rodeo fans will be pleased to see The Re-Mains joining the line-up, with repeat festival-goers set to welcome back up-and-coming artist Matty Rogers.

“The calibre of our Whitsunday events is so high that fear of missing out is real,” she said.

“With only 2,000 tickets to the Airlie Beach Festival of Music this year, I would urge people not to wait but book now, for what will be a boutique music experience like no other in The Whitsundays, The Heart of the Great Barrier Reef.”

For more information, as well as artist opportunities including the national Passport to Airlie competition and ‘Liverpool International Song for Kindness’ contest in memory of John Lennon, follow the festival on Facebook, Twitter and Instagram.